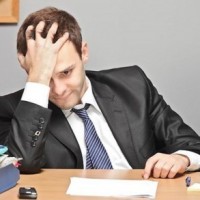 What is The Cost Of Unmanaged Stress At Work?

According to The Health and Safety Executive (HSE) in the UK stress was directly responsible for 11.7M sick days in 2015/2016, 37% of all work-related illness, and 45% of days off sick. Each individual case on average led to 23.9 days off work per employee.

Whilst there are vastly differing views on what illnesses are directly attributable to stress, the cost to UK businesses of stress is around £100Bn per year according to MIND, the mental health charity.

Stress-related illness is notably increased for health workers, those in education, media and public administrators. Also, women are far more likely to be affected than men. Between 2013-2016 in the UK the cases per 100,000 people showed 1190 for men, and 1820 for women (1).

Then there is the additional hidden cost of stress at work: presenteeism

During my days working as a nurse there were certain staff members who were clearly not happy at work and would spend their time complaining to anyone who happened to be around. These staff were toxic to the hospital and the other staff. I found myself avoiding shifts as often as possible when I saw their names on the rota. I have known many people call in sick because they did not want to work with certain people.

From looking after several people during over 13 years of nursing I found stress to be a very common factor.

For every patient who had been admitted with a stroke, heart attack or cancer I always asked the same question: “Have you been experiencing abnormal levels of stress in the past 6-12 months?”

I have yet to ask this question to this demographic and not have them answer the question instantly. The two most common factors are stress at work and stress at home. One generally influences the other. The main factors cited by the respondents of the HSE stress at work survey were tight deadlines, too much pressure and a lack of managerial support.

A study by University Collage London backs this up with their correlation of 27 studies of over 550,000 people. Longer working hours (55/week or more) has been shown to have a 13% higher risk of coronary heart disease and a 33% higher risk of strokes (2).

Lets look at a case study

Paul had been admitted with a heart attack (or Myocardial Infarction as the medical establishment likes to call it). This involves permanent damage to the heart caused by not getting enough blood to it. Whilst doctors will point you towards mainly genetic factors causing fatty deposits to block your arteries as the main cause, this is always exacerbated by stress.

Paul had been working 16 hour days, 6 days a week to keep get on top of his workload. The promotion last year had led to a substantial pay rise but his workload had now increased. Between this and the long-term sickness of his PA he had been slowly falling behind with the deadlines set by his boss.

This led to arguments with his wife about the lack of time he spent with her and his daughter, and the cancellation of their weekend away 2 weeks ago.

This almost permanent state of stress had also led to Paul becoming very short-tempered with the staff who were there, and his wife and daughter. And now he had more stress because although he had permanently damaged his heart, he wanted to get back to work to hit his deadlines. Paul’s story is one of hundreds of similar case studies of people I looked after in the NHS.

But what can you do to prevent this?

I have worked with small companies and blue chip organisations with their stress management/resilience programmes. Quite simply, by providing a safe place to air concerns about the things that cause stress and finding easy to implement solutions to manage them better, providing welcome relief for all concerned.

When I worked with one management team it was incredible to find out the main sources of their stress.

Because they all worked across 4 offices nationally, many had never spoken, met or ever got to know each other beyond seeing a name on an email. They only knew that a person with a certain name kept sending them demanding emails, often well outside of office hours, which caused them stress. Even outside of working hours people were not able to switch off, or sometimes not even sleep because of the stress of the demands being made on them at all hours of the day and night.

Simple things like taking the time to get to know each other better, realise that everyone is dealing with their own stressors, and agreeing to do simple things like pick up the phone and talk occasionally were big breakthroughs for the team. Also, simply becoming aware of the effects of dehydration on performance and stress levels at work was a huge realisation.

Knowing how to identify the early warning symptoms of stress and manage it appropriately through breathing techniques or simply going for a short walk are critical for workplace harmony, and even sanity. After all, who likes working for a grumpy, angry boss, even if they are going through a messy divorce and have just lost access to their children in a custody claim?

Stress does not happen by accident, and is a very primal reaction.

If you as an employee or organisation are not providing educational programmes to manage this then be prepared to pay several times more for the unhappy employees who complain about their job and go sick more often. When people love their work and workplace they are happier, enjoy their job and are more productive. As an employer do you want your staff to be happy? And can you afford for them not to be?