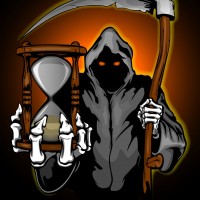 Living and Dying. Which will you choose?

Do you ever feel that maybe something is missing from your life?

Life is a curious thing.

When did it begin?

What is really true?

Do we live on in spirit once our body dies?

Will we be made accountable to all of our actions at some point?

What is our purpose for life?

These are just some of the questions that I have had the opportunity to consider at length over the years.

The one question I would rarely ask.

During my nurse training, I was taught a model of nursing that involved 12 sections. The Roper model of nursing was to enable us to get a complete assessment of each patient’s physical and spiritual needs. We needed to know things like their ability to mobilise, communicate, wash and dress themselves, sleep, eat and drink.

There were 12 such sections, the last of which was: living and dying.

In theory, by asking this question I would be able to assess people’s beliefs about death so that they could be nursed from a more spiritual perspective. In practice, I felt that asking a patient who had just been admitted to hospital with an acute illness, their thoughts about dying to be slightly inappropriate. I usually left this section blank or, just to have a bit of fun occasionally, would write “living” in.

Just the mention of death or dying may give some people the wrong idea.

My sense was that for most people it was not necessary or appropriate to assess their beliefs about dying. Especially when they have been admitted with an undiagnosed lump in their body or a symptom where recovery was almost guaranteed.

We tend not to address dying in the western world until it is on our doorstep.

Nursing taught me many things. Perhaps the most important and lasting lesson that I have taken away from over 13 years of working in hospitals is the importance of considering death occasionally. I witnessed hundreds of people through their final moments of life and saw how this impacted the families and friends left behind.

Have you ever taken enough time out of your daily life to consider what your life will have meant just before the moment you die?

I know that this may appear as a strange question. After all, who wants to consider death when you feel that it is nowhere close?

Talking to people about death just before they die has been one of the most profound and incredible experiences that I have ever had. I have witnessed plenty of pain and regret by people who were about to die and the families left behind about what they wished they had done or said.

Issues with family, bitterness and unspoken feelings are just a few of the recurrent themes that I have witnessed as people stare death in the face.

An excellent, if slightly morbid, exercise to do now is to ask yourself what your biggest regret would be if you died today.

Who would you have told that you loved more?

What would you regret not doing the most?

What urge do you regret not acting upon the most?

The above 3 questions are your key to what is missing the most from your life at this moment.

So many people sit at the end of their lives reflecting on what they could have done different to make their final moments of life more meaningful to them. So many people wished that they had told people how they really felt about them, after years of holding back through one fear or another. Others rue the opportunity that appeared hugely exciting at the time but they had held back through the uncertainty of the risk involved.

Not taking that leap of faith on an intuitive pull is often the biggest lament of many of those who were about to die.

Beyond this is always the fear about death being finite. I have asked several hundred people who were about to die whether they believed in something beyond death. It is easy to speculate on your answer whilst life is pumping through your body. It is not quite so easy when you are about to die and doubt creeps into your mind.

Giving someone hope when they are about to die is one of the most liberating things that anyone can do.

I could write a book on the various individual experiences that I’d had whilst navigating people through the dying process. So many profound changes occur when people move to the place that feels the best. Those who were filled with doubt can be filled with hope when they have nothing left to lose.

Ultimately, there are only two choices: living or dying.

Those who choose to live are usually filled with hope at the point of death and tend to be peaceful and relaxed as they die. Those who are filled with doubt tend to suffer more. There are no exceptions to this rule that I have ever found. Some have had varying symptoms but peace is a state of mind.

By asking yourself whether you have really lived a meaningful life up until this point, you will know whether you are currently living or dying. If you feel that something is missing from your life right now then just imagine that you have just found out that you are about to die: What is the first thing that you wish you would have done to make you feel better, that would also feel better to everyone involved.

Assuming that fate intervenes to give you life beyond that moment: Do it!

Tag Tags Adam Shaw, and, Choose, death, Dying, life, Living, Which, Will, You