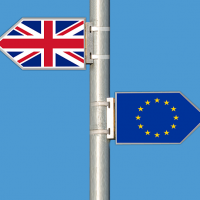 Do you really know who you are dealing with?

People are tribal by nature. Throughout civilisation, they have followed beliefs and causes that unite them. From the fight for survival, and killing of those who are a different colour or religion, to the search for meaning in life, being aligned with a tribe, or cause will always affect how you do business, and the way you perceive others.

My Facebook thread has been ravaged with people who have been friends for years falling out over how they voted. A rift has been triggered, with the intelligence and motivations of out voters being questioned. Now that lies have been exposed about the proposed NHS spending, there is a big call for a re-vote.

The EU referendum has been an interesting experience

I have witnessed the tearing apart of a country by people who all have different views and causes. Those who think the economy is the driving force will often be up against those who want stricter laws on immigration, and a better health service. This offered a fabulous opportunity for our politicians to clearly point out the facts and ramifications of leading our tribe in a better direction.

What I saw was like an episode of Jeremy Kyle

Apart from a few well-measured and informative debates in the run up, the television coverage of this has been bordering on criminal. I have witnessed people using this opportunity to stir up race hate, whilst openly stabbing each other in the back for personal gain.

I am disgusted to witness racism against anyone, regardless of their colour or religion. It is an emotive topic, and when things turn violent a line has to be drawn. I certainly do not appreciate being banded with a bunch of racists based on my vote. This should not, however, stop people from expressing their views on the topic. This is what democracy is supposed to be about, isn’t it?

I have a simple maxim in life with regard to this topic: If I like someone and they wish to work with me, that’s a good start. If they are ethical, honest and true to their word, that helps a lot. Not wanting to kill me or anyone else is a pre-requisite to all encounters.

I have met unpleasant people from all over the world and some of the worst have been from the UK. Some people are not good to have any association with. I acknowledge the limitations of our system. I also see and feel London as the multi-cultural capital of the world. People from all over the world do business in London. Our little island is responsible for invading over 90% of the countries on the planet, indeed, there are only 22 that we haven’t invaded at some point. Our past has left us with a bad reputation which some are faster to forgive than others. Historically we are a small but violent country. Fortunately, we have come a long way since then, or at least I had thought so.

I voted for a very different reason.

I simply did not trust any of the scare tactics used to get the population to vote the way the government wanted the us to vote. They treated the public like idiots and tried to frighten everyone into doing what they wanted. It appears that our leaders had seen the yes result as such a foregone conclusion, they had not made any attempt to even formulate a plan incase the vote didn’t go their way. What sort of arrogance was that?

A bit of research into the issues led me to a few conclusions: being a part of the EU has obvious advantages for the economy. However, it also subjects the UK to EU rule. There have been plenty of times since our engagement with the EU where we have been overruled with our objections to certain laws. These laws compromise our efforts to do business in certain industries, and with other parts of the world. The argument is that we can lead from within the EU. The truth is that we can only influence as part of this bigger union. We can influence whether we are in or out of the EU. Fact!

This is a massive decision

There are also a growing number of business owners very excited to be out of the EU. There is no question that withdrawing from the EU will cause a divorce-style fall out. However, the UK, or whatever is left of it as we move forward, will have an opportunity to truly lead the world into a more collaborative place to do business in.

I wanted to see change in the government and the way politicians conduct themselves, and that’s why I voted out to Europe as it currently is

In principle, I wish to see Europe and the world a little more united and collaborative, but is being in the EU the way to facilitate this? I also wanted to see how genuine the vote was. Do the government really listen to the people, or was it a bluff? I needed to know. I want to see my country learn from this experience, address the issues that the public are most concerned about, and lead the world into a safer, and more collaborative place to do business in. Personally, I see myself as a global citizen, looking to make the world a slightly more harmonious place to live and do business in. The fact that I was born in and reside in the UK is incidental.

I believe that if we part ways with the EU as it is, it will trigger a global political reshuffle that could make our world a better, safer place to live and do business in. I also suspect that the current political leaders will do their best to ignore the public voice. It will be fascinating to see how this plays out. I am delighted to see certain political figures get a big wake up call, and find their positions untenable in the wake of the vote.

Over 30,000 people rallied to get the vote changed because we had been lied to

What government in history hasn’t lied to the people for one reason or another? If article 50 is not triggered, and we don’t leave the EU, an alarming precedent will be set for ignoring the people.

Did I ever believe that the NHS was going to get as much as was stated? No. Did I want to see Boris Johnson or Nigel Farage soak up victory off the back of my vote? No. But justice has been done with their ridiculous NHS shenanigans. This is a good result for the country.

All I ask is that any potential leader of this country prefers to focus on the facts, rather than fear and insults. I’ll be looking for someone who is prioritising the good of the country, ahead of any personal gain that is in it for them. Whilst this may be an impossible dream, I remain hopeful.

I am willing to do business with anyone who:

Lets use this vote chaos to stop judging each other quite so much, and find new ways to work together. I propose a good start would be in building a better, more collaborative business platform, where whatever you voted, look like, believe in or the place you live has no influence on our desire to do business, and ability to work together harmoniously.

If the government does overturn the result and ignore the public, who is up for joining me for a march on parliament to see whether we can re-enter Euro 2016? I demand a replay with Iceland, and only need 29,999 more people to sign the petition and march with me, and we could change the outcome of Euro 2016 forever!