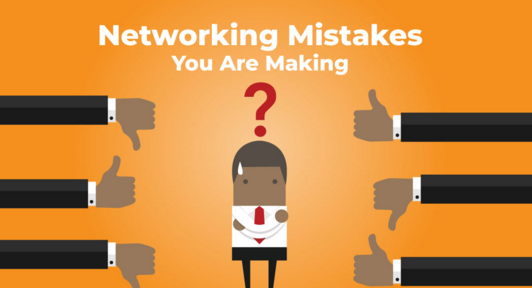 Everyone is different and has their own rules around this so it’s certainly not a one-size-fits-all set of rules I’m about to highlight. I did, however, run several focus groups by serial networkers who each highlighted their top irritations with traditional business networking. I will simply point out the 5 most common dislikes.

1. The expectation of leads before getting to know the person you are giving them to

In my first few business networking events it felt like the Eye of Sauron going around the table asking “How many leads do you have this week?” I had been there less than an hour, received a cool reception from most, but suddenly every eye in the room was looking expectantly at me to see how many of my trusted business connections I was going to give them based on what they did.

Conclusion: I am not interested in what you do until I have an idea of who you are!

2. Actually getting a lead….only to realise that it was completely unqualified

In my second business networking event ever I woke up at 4am to get to London for a 7am start. It was quite a surprise to hear someone who I had only just met give me what I thought was a nice, warm lead. I called the person in question to find out that not only was this lead not qualified, they were not told about me or expecting the call, and certainly not interested in what I had to offer.

This wasted all of our time just so that one of the members could look good in front of their networking group, giving a lead to someone who would never be back to complain about it. This process struck me as completely ridiculous and ultimately affected my perception about the entire organisation.

Conclusion: I would rather get no leads than bad ones!

3. Arriving in a room full of people who clearly all know each other

I’m a confident networker, despite being slightly introvert if my Myers-Briggs profile is accurate. Despite this, I never like walking into a room full of people who already know each other and having to break into conversations.

I tend to walk up to a group of people and just wait to be invited to talk. This almost always happens. That said, there was once when I did this and 5 mins later I had not even been given eye contact by the two people who I was standing next to, so I went elsewhere.

Conclusion: Networking is a good chance to get out of your comfort zone, but can be traumatic at times

This incident would not have been so bad if the person concerned then broke my other networking rule of etiquette shortly after:

4. Walking into a group of people and interrupting their conversation

Knowing exactly why some people deem this a good idea or accept it from others is quite beyond me. Perhaps not having a traditional business background gives me a different perspective. However, after my initial engagement with this particular networker, I decided to curtail her rude introduction with a line that I save for those who irritate me the most:

“Excuse me! Did the middle of my sentence interrupt the beginning of yours?

This usually gets the point across!

Conclusion: Listening is often more powerful as an introduction into groups than talking. Being asked a question is a better reason to talk than simply assuming that your arrival warrants you to talk straight away.

5. Being dragged into a back room and pitched to for 10 mins + uninterrupted about how great a networking group is, when my experience that day had been anything but

I wish I could have had a video or at least audio of some of the pitches I’ve been given. They sound like Artificial Intelligence bots repeating the same nonsense with zero passion and a lack of engagement that made me leave certain that I would never return, if only to avoid the pitch.

Conclusion: How about asking people if they are interested in joining before forcing them to listen to a pointless, passionless pitch?

If your experiences have been similar to mine, you may want to experience something different. You are welcome to join us for a very different networking experience where all of these issues have been addressed in a fun, alternative way.