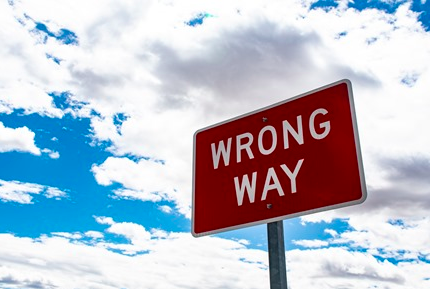 What Was The Worst Mistake That You Made That You Wish You Could Take Back?

The odds are that you made it in a highly-charged, emotional state. When emotion is high, logic is often low. In this zone the likelihood of making a painful mistake through our need to be right or have the final word in an argument is extremely high. This is the high-risk trauma zone. We have all been there and all said things that we wish we could take back (unless you were a born spiritual master….and even they make mistakes occasionally!)

When this happens we often park memories, which are stored in our body until we are ready to deal with them

That has just happened to me. A memory flooded back that I clearly hadn’t resolved. I honestly thought I had learned from and let go of this years ago. At the time I did not have a big emotional reaction. I couldn’t afford to working in A&E that night. Fortunately, the trauma of this evening has now subsided as I asked the question: what is the most positive thing to come out of this? My conclusion: share it. This allowed me to release it. That happened when I started writing this, hopefully for good this time.

Warning: I am about to venture into territory that may be a little traumatic for some

However, this website is to share anything that could be useful to people not just in their businesses, but also in their lives. This is one lesson best learned vicariously.

I read what was positioned as a fun fact earlier: “If you tell someone to kill themselves it’s considered encouraging suicide and you can get a fine of $25k and 10+ years in prison in the USA”

I have no idea whether it’s true or not, or what the rules are on this in the UK, but reading this triggered a memory. Nobody can hurt you like those who love you the most. People fight, and then make up all of the time. I expect the couple involved in this scenario were no different there. However, there was one critical difference for them on that particular evening.

I once had to show a woman her dead husband and daughter, who died instantly on the way back from him picking her up for her graduation

A lorry driver had fallen asleep at the wheel on The North Circular Road. It careered through the central barrier, straight into their oncoming vehicle. It wasn’t a pretty sight and quite frankly, one of the most harrowing things that I witnessed as a nurse.

My job that night: to make the bodies look less gruesome before the mother/wife arrived, then show her in when she arrived

What made this worse when she was eventually able to speak: she’d had a heated argument with him that night just before he left. Her final words to him were, “Drop dead!”

I owned one lesson that night: Be careful with your words, especially as you conclude an argument

I realise this is not the most uplifting of posts, but it is a very valuable life lesson about what can happen in heated moments, and how carelessly used words can have devastating effects. We all have arguments with people, especially loved ones, where it may not be all plain sailing.

I have since improved on holding back angry words that I have felt in moments of madness, which I am extremely grateful about. Not always, but most of the time! Calming down and talking about such things when I don’t feel angry has been a gift. It’s certainly made things easier with my own family, who know what buttons to press to get me there!

I don’t always act calmly, but when I don’t I choose my final words wisely! I hope you will as well after reading this. I am embarrassed now that I ever thought such things, but that’s part of being human. After all, I genuinely don’t want anyone’s death on my hands!

Just remember: it’s sometimes better to be angry and not have the final word than to risk being right!

Just to lighten things up a little, I’ll leave you with some unlikely people to part on good words…well, almost in the case of Hillary. She needed some pitch training!

I post this because it also illustrates how less is more. Like him or loathe him, Donald Trump did a better job with this one. If Hilary had stopped talking at around 1m 4secs into the video she would have made much more impact! Unfortunately, she used the next 1m 4secs to answer a question that wasn’t asked!

If they can do it, there’s hope for everyone!