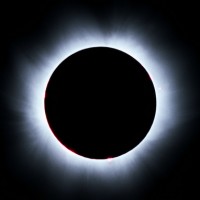 After working over 10 years of nights as a nurse I know for a fact that the moon affects people in different, and often extreme, ways.

This can cause life-changing inspirational shifts which can have others feeling that you are mad in a positive way; or a descent into total lunacy. After last night’s lunar eclipse I share the following thoughts…

Full moons have a power not just in werewolf films!

Since I usually do not go to sleep until I feel tired, I can count the number of times that I couldn’t sleep on one hand. But last night I was still awake at 2am and feeling compelled to start writing down ideas and insights that were coming my way.

I did this for a while and then went back to sleep. This morning I hear all about a rare lunar eclipse that happened last night, and it triggered some old memories of my time as a nurse in the NHS. The moon affects people in different ways!

Occasionally at around 1am-3am in the morning the ward would go nuts.

Suddenly, people who I had spoken with at 10pm and often had lovely conversations with, would wake up in a state of enhanced confusion, often accompanied by hallucination. I’ve heard the loveliest, sweetest old ladies and gents either get very sweetly confused, or turn in to gutter-mouth nightmares from hell for a few hours. This was often accompanied by such traits as yelling at other patients to get the **** out of their house, aggressive ranting and behaviour that was both dangerous to them and other people.

Yes, there were plenty of these candidates who were very sweetly confused as well, asking me to ask the purple tiger to leave the ward and other such requests. I would reassure people with such requests and do what I could to convince them that I knew what they were talking about.

Personality transplants are common at such times.

Interestingly, I have yet to have spoken to anyone displaying this behaviour who had any inclination the next morning of what they had done. It was as close to being possessed as I ever saw, but it did happen regularly, especially to those who were 80+ years old with infections or breathing disorders.

I wondered what caused this phenomenon until one night a colleague casually mentioned that “It must be a full moon”. I wondered what possible difference that could possibly make and went outside to check. Sure enough, the moon was full.

During my 10 years of working night shifts I witnessed this phenomenon at least 100 times.

This is a conservative estimate. On 98-99% of all occasions that this occurred it was during a full moon. It is only more recently that I have discovered that this same full moon phenomenon can also cause people to feel inspired and receive insight into things that makes life easier and more aligned. Last night this happened to me and has inspired me to progress my current course in personal energy management. This will be coming soon.

How does the moon affect you?

Maybe you still think that the moon has no effect on you but now that I have planted this seed the next time you have either an unusually mad, or inspired night, go out and check whether the moon is full. You may be surprised what lunacy you discover.

Lunar energy can either drive you to madness, or inspire you to enjoy your life more by connecting to your passion and purpose for living. The choice is yours, as my personal energy course will soon demonstrate.

Tag Tags are, eclipse, lunar, Lunatic, moon, of, type, what, You