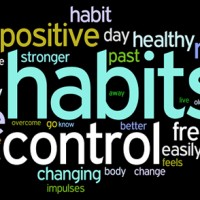 I have spent a lifetime of witnessing people give great advice that they do not take.

From the early days of watching my parents drink and smoke, telling me that I should never do this as it was bad for me, to the hypocrisy of doctors and nurses hungover and smelling of cigarettes as they tell patients to stop drinking and smoking, the wellbeing paradox has been all too apparent in my life.

These are just a couple of examples of hundreds I could use of people not taking their own advice, and consequently, not getting the results with those they were looking to help. Credibility is key when it comes to good advice. If you don’t live it: shut it! And if you do live it and think that because you do I should too, I would post a slightly stronger reaction, but it may not be appropriate for this forum.

I always thought that if good advice was going to be given, it had to be sustainable, and perhaps more importantly; something the advisor was living.

With my tendency for the odd evening off the rails with a drink or three and sometimes an occasional smoke afterwards, and a penchant for chocolates, cakes and carbs occasionally, I needed some better advice to help me bring a little more balance to my life, and that of those I was helping.

The guilt of handing out standard NHS advice to give everything remotely fun up that I was not prepared to do myself left me hugely conflicted at calling myself a health professional. During my nursing years I struggled with knowing that some habits were maybe not great for me, but I did them anyway, regardless how much good advice I was given.

Another, more balanced approach to wellbeing was needed if advice was to be sustainable and I could look my clients in the eye and give them help from a place of strength.

A trip to a 10-day silent Buddhist Vipassana retreat in Thailand starting on New Year’s Eve 2004, just days after the tsunami had struck was my catalyst. I was lucky to avoid it but I was on a Thai Island, by the beach and had been drinking all night. If I had been on an affected island I would have probably drowned without gaining consciousness as it hit just 2 hours after I had finished an all night session!

After 8 days of excruciating pain in my lower back, knees and hips that would certainly constitute masochism, I finally started getting somewhere. The calm Buddhist monk kept talking about a middle way as I suffered in silence during this ordeal was not making any sense to me at all. “The pain in your body is a reflection of the pain in your mind,” I was told repeatedly. At first I struggled to integrate this as I stubbornly sat in a crossed legged position with my sole aim being not to be the first person to move during at least one meditation.

However, on the 9th day the penny finally dropped.

After an intensive struggle with the teachings of the monk I finally reached a moment of clarity. If the middle way is the path for me then surely that meant that I could venture off the rails occasionally, as long as I went back on them after.

With my new profound awareness that my guilt and self-judgement of my own habits were causing me more stress and mental anguish than the habits themselves, I decided to create a new balance in my life, so that I could congruently help others to do the same. Hopefully you will not require 8 days of intensive pain to get the message I received…

The formula to a less stressful, less guilty, happier life:

Now list 3 things that you feel would benefit your life but you just don’t seem to find the time for them. This list could have things like exercise, stretching/yoga, meditation, volunteering for a good cause, mentoring someone, juicing, taking good health supplements, or acts of appreciation. You find your own.

With the 2 lists link one to the other. Here is an example:

This way all of your bad habits become triggers for good ones, and guilt and judgement are removed from your self-talk around habits. You don’t have to give anything up and you are on the middle path. Without the guilt and judgement you may even find you do much less of the habits which caused you the stress in the first place as a direct result of being happier with yourself.

So go out to the pub and enjoy yourself with a few drinks, have a smoke and eat what you like in a guiltless state…….just remember to balance the books.

Adam Shaw builds teams, and helps people balance their lives and live with their Lunatic Gene in a more harmonious way.