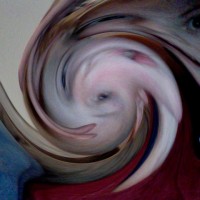 If You Don’t Stretch Yourself You Will Never Know

Lately I have found myself stretched as I have never known before. As issues present and I become increasingly comfortable outside of my comfort zone, several issues have presented for me to deal with. As Tony Robbins says, “Comfort kills.”

As I reflect on my life I remembered that stretching beyond comfort zones has been a feature of my life.

It’s incredible the childhood memories that remain vivid with me to this day. Fortunately, the tools that NLP has given me have allowed me to reflect favourably on all of them now. However, many recollections need no other interpretations, except the way that I saw and experienced them at the time. One such memory was the day that my friend, Danny, and I decided to find out the stretching capabilities of Stretch-Arm Strong. I was probably about ten years-old at the time.

For those not aware of Stretch-Arm Strong – he did what it said on the box – stretched. I could pull his arms as far as I could reach and he would stretch back to his original shape.

Much as this provided a certain degree of amusement – the obvious question for me at the time was – how far will he stretch?

Curiosity soon got the better of me and when Danny arrived one day we decided to have a tug-of-war, with Stretch-Arm Strong. Each of us took a firm grasp of each of his wrists and began to pull.

Incredibly, we managed to stretch him over 12 ft (4 metres). At this stage we realised that he was well over the 10ft entrance to our front drive. Either side of the drive were concrete posts. These were part of, now antiquated, concrete fences.

We decided to tie Stretch-Arm Strong around both posts, so that he covered the entire entrance of our front drive. At age ten, it seemed like a good idea. The body of Stretch-Arm strong was centrally placed on our drive-way, defiantly blocking my mum’s car as she returned from work.

In her role at the time, as a psychiatric nurse, my mum would frequently arrive home a little drained from her day at work and look forward to relaxing. Since my Dad had to start work at 14.45 and my mum finished at 15.15, during weekends and school holidays my sister, Vanessa, and I were free to express ourselves in more creative ways than would normally be available during this half-hour period.

What I hadn’t realised that afternoon was that a vicious circle of underestimation had occurred.

– Stretch-Arm Strong’s manufacturers had underestimated the capacity of Danny and I to stretch him.

– And I had underestimated the potential repercussions of the initial act!

As my mum arrived home that afternoon she decided to drive straight at Stretch-arm strong. He held on in defiance of the oncoming car. This caused one of the concrete posts to uproot and make a sizeable dent in the side of her car. It’s fair to say that she was not best pleased at this chain of events and let me know about it.

– My mum’s wrath soon subsided and I was able to see the funny side again.

– My grandad managed to beat out the dent in the car.

If your heart is currently telling you to do something but your head is talking you out of it – it will come back to haunt you. It may involve you stepping outside of your comfort zone but if you don’t stretch yourself you will never know. Be brave, be bold and be strong (like stretch-arm!)